When Ben Rogers found his friend Tom Sawyer whitewashing Aunt Polly’s “thirty yards of board fence nine feet high,” he declared that he was going swimming and added, “Don’t you wish you could? But of course you’d druther work, wouldn’t you?” “What do you call work?” Tom asked, not to be outdone and eager to lure Ben into helping. “Why, ain’t that work?” Ben responded. Tom said whitewashing a fence suits him. “You don’t mean to let on that you like it?” Ben demanded. “Like it?” Tom asked. “Well, I don’t see why I oughtn’t to like it. Does a boy get a chance to whitewash a fence every day?” From Mark Twain, The Adventures of Tom Sawyer, Chapter Two, 1876.

Handling appeals is for many lawyers what fence painting was to Tom: something you have to do occasionally but that you wouldn’t mind handing over to someone else. For others of us who derive satisfaction from researching the law and having the chance to shape its development, the discipline and contributions of appellate advocacy can be gratifying.

In that spirit and while good outcomes are never assured, this practice is pleased with recent success before the Fifth Circuit in Bosarge v. Mississippi Bureau of Narcotics. The case involved allegations of a false misidentification of a participant in a drug buy. The man claimed that he was not there at the time and that his misidentification in a photo lineup was either intentional or reckless. Following time in jail, he sued under state and federal law.  Law enforcement agents filed affidavits insisting that they correctly identified the person, supported by compelling details of their investigation and the incident. The agents also justifiably claimed qualified and absolute immunity.

The trial court found against the law enforcement agents by denying them immunity and ruling that the case against them could proceed, a ruling from which we appealed.  The Fifth Circuit recently found unanimously in our favor, a complement to previous Fifth Circuit successes this law office has enjoyed. In this one, we were joined by a talented colleague from the Mississippi Attorney General’s Office, Mr. Wilson Minor.

As Florida board certified appellate lawyer Jennifer S. Carroll has commented in the Florida Bar Journal, “Appellate practice has evolved into a specialized area of the law, and justifiably so. The fundamentals of appellate advocacy— writing a simple, persuasive brief, making an effective oral argument, and having a command of the appellate procedural rules — necessarily reflect effort, skill and, at the highest level, art.”

We would never claim “art,” even as we aspire to it. What we can claim is a solid professional ethic, a commitment to getting it right, and timeliness in submissions and communications with appellate and other clients. If this office can help you in the appellate arena or otherwise, please let us know. To borrow again from our friend Mark Twain, “Maybe it is [work], and maybe it ain’t. All I know, is, it suits Tom Sawyer.” 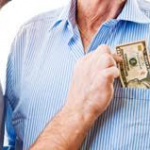 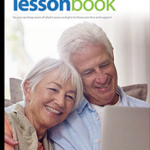 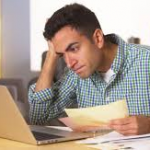 What To Do if You Are Sued